"Well, I'm walkin' on down Virginia Avenue
Tryin' to find somebody to tell my troubles to" 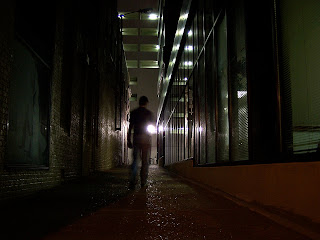 I've been thinking a lot lately about Winston Rand. I met him a few years ago at a Mothership BBQ meetup of Nashville bloggers and there was just something about him that I liked. He passed away not long after on June 28, 2008. His blog doesn't exist anymore, but below is a post he wrote on June 10, 2008 titled Can't Go Back.


It wafts across my consciousness like an ancient dream, but it was very real and just a few decades removed. It now seems a world away, but it’s only a couple of hours drive. Going there now is to travel back in time, to the formative years of my youth and my coming of age. So much of it remains untouched by the passing of years. Yet it is in enough ways different that it is no longer home.

We did not appreciate it then, but growing up in the ’50s in Huntingdon was about as close to ideal as anyone could hope for. It was small town USA with a tree-lined Main Street, where everybody knew everybody, where house and car doors were left unlocked with never a problem reported. People had values. The school, along with several Christian based churches, provided the social hubs for most of the population. People worked hard but enjoyed life and took a day off on Sunday. Most merchants also closed shop on Wednesday afternoons, a practice that now seems odd. I never knew or thought about why — that was just part of the natural order of things.

The population then was around 3,500 but we liked to call it 5,000 because that sounded so much larger. The Court House, situated on a knoll where Highway 70 intersects Highway 22, remains as it was then, a permanent sentinel keeping watch over the town, and an effective speed-bump in the center of town. Thru traffic and townsfolk alike had to literally drive around the Court House to get through town. U.S. Highway 70 was the main East-West route across the state, so there was a lot of Memphis to Nashville traffic, including 18-wheelers, that cursed and smoked and spit their way around Court Square. The Interstate Highway System was just getting underway, would be years in the making, and would miss Huntingdon by about 20 miles. The bypass, similar to the ones that would encircle every small town eventually, had not yet been thought of.

On a recent visit with my remaining family there, I discovered that a traffic light had been installed where the bypass intersects Highway 70 on the west side of town. This is not a flashing yellow caution light, or a flashing red stop then proceed with caution light, but a full-fledged light with green, yellow, and red lights that work on a timing mechanism. Prior to this, Huntingdon proudly claimed to be the largest town in the country without a stop light.

In the 1950s, all commerce in town was huddled around Court Square or within a couple of short blocks on the spokes coming into the Square. The only bank in town, a couple of general stores, or department stores as they preferred to be called, one jewelry store, a florist, two insurance agencies, a grocery store, the obligatory cab stand — pool hall combination, and three car dealers, one to represent each of the great American automobile manufacturers. And, of course, the churches — one each of Baptist, Church of Christ, Methodist, and Presbyterian, all within shouting distance of the Court Square.

In the ’70s and ’80s, as the town grew, new strip shopping centers opened on the east side of town, right along East Main, or Highway 70. When the mecca of Walmart was established, smaller merchants sprang up around it, as if to suckle the rich flow that would follow. Downtown began to wither. Stores changed hands. The jewelry store became a card shop, the Post Office became offices when the new one was built out on the edge of town. Even the doctors’ offices moved out to stand sentry around the new hospital. Some of the churches moved to the ourskirts of town and erected new buildings. Like so many other little towns across the country, especially the ones missed by the interstate highways, downtown Huntingdon was changing. It was beginning to die.

There were enough stubborn merchants that held on, determined to not let the town wither into obilivion, as had happened with others around it. Stores came and went, sometimes coming back again. The couple of cafes in town changed ownership, changed names, moved to a different building, changed menus, and somehow managed to survive. Some of the small mom and pop shops were able to retain enough of their loyal clientele to withstand the merciless marketing onslaught of Walmart. Bob’s Dairy Bar out on the edge of town had disappeared after Bob died at a too early age, and was eventually replaced by the usual assortment of McDonalds, Hardees, and Wendys. The local bank was swallowed up in the bank merger mania that started in the ’80s, but the main local office continued to anchor the same downtown corner on Court Square.
The aluminum foil plant that had arrived in the late ’60s continued to grow and provide stable employment and a strong economic base for the town. As the population grew and the bypass was completed, Walmart moved from their original location to a huge new Walmart SuperCenter across town. After the bumpy turn of the century, an old department store that anchored the Court Square across the street from the bank was taken over and rebuilt as The Dixie, a first class performing arts center for the region. The name derives from Huntingdon’s claim to fame, Dixie Carter, who grew up in Huntingdon as I did. As a senior, Dixie played first chair trumpet in the school band, while I sat as a shy freshman in the clarinet section, sucking on my reed, slobbering on the stage floor, and peeking over my sheet music at Dixie. She went on to entertainment fame as Julia Sugarbaker of Designing Women. I went on to post stuff that nobody cares about in this blog.

Daddy died in early ‘95 and Mom is in a nursing home only a few blocks from where her house, now someone else’s, sits. Most of their contemporaries are either gone or in nursing homes. My brother and family are still there — never left. He retired from the aluminum plant a year ago and his wife just hung up the teaching tools after a long career. Some of my old school mates are still around, all looking much older/fatter/balder/grayer than I do, of course. We’re having a class reunion this fall and it will be interesting to hook up with some that I have not seen or thought about in 30 or 40 years. Going back now is a bitter-sweet experience. Of course I visit with Mom at the nursing home, go by Daddy’s grave and say howdy, visit with my baby bro, and occasionally see someone who I recognize or who remembers me. Driving around town always impresses me with how little the town has changed, while reminding me how very much it has changed. 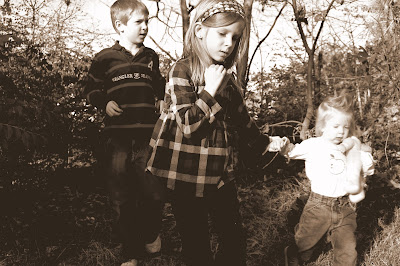 Adam Gopnik reviewed It's a Book by Lane Smith and my kids and I are looking forward to reading it soon. 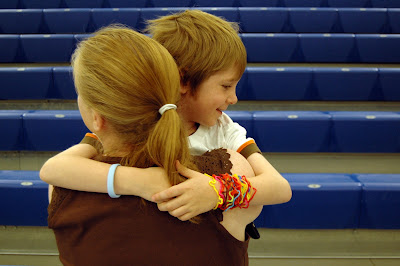 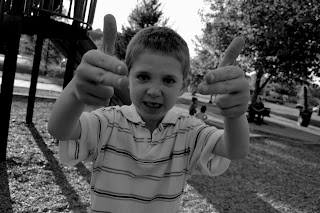 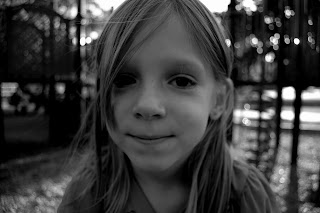 Who is this kid anyway? 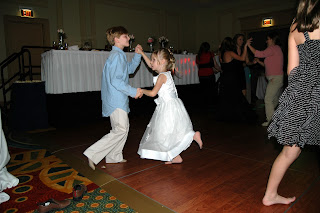 At Her Big Brother's Wedding 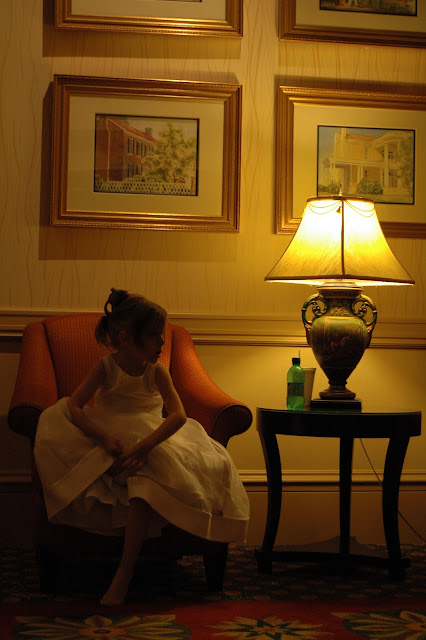 A Cute Story My Son Wrote 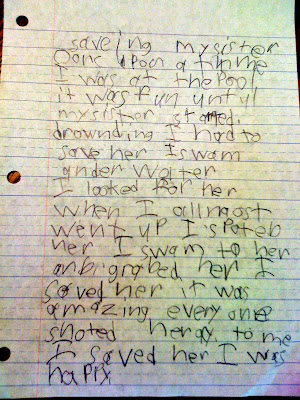 Once upon a time I was at the pool. It was fun until my sister started drowning. I had to save her. I swam under water. I looked for her. 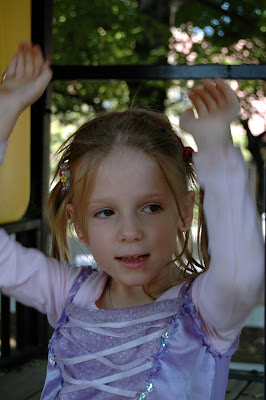 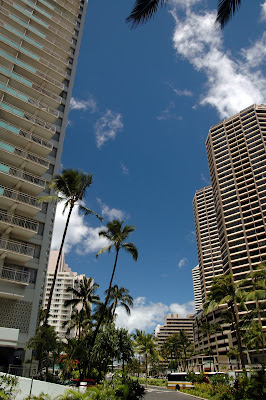 "Sunshine makes us gloomy." - from The News from Lake Wobegon

I'm up late tonight listening to Garrison Keillor via iTunes. I've gotten behind on listening to podcasts and am taking this time to catch up. Speaking of catching up, it occurred to me a few minutes ago that I used to read a fun blog called Dad Gone Mad once upon a time and somehow forgot about it. Visiting him just now I see that not only do I have many posts to peruse but he also has a serious book out entitled Rage Against the Meshugenah. It reminds me that my wife wants me to pursue turning a bedtime story that I made up for my kids into a children's book for those who might wish to buy such a thing for their kids. Why not, right? Even if no one outside of this household cares, it would be cool to go through the process of finding out. And in the end, at least my kids will have a book dedicated to them on their bookshelves.
Posted by chez bez at 9/22/2010 01:22:00 AM No comments:

I don't know if this is any good or not, but I like it. 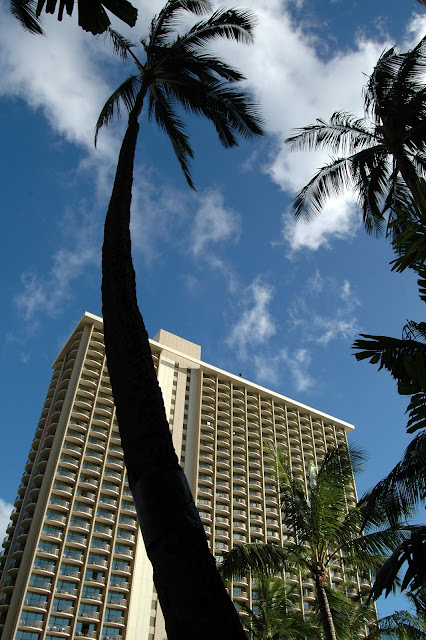 My Most Peaceful Moment 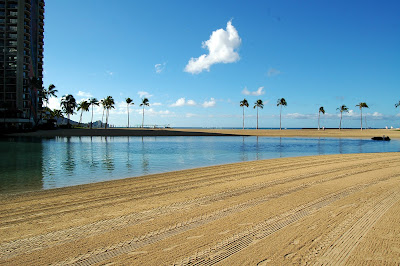 Honolulu at night from my balcony 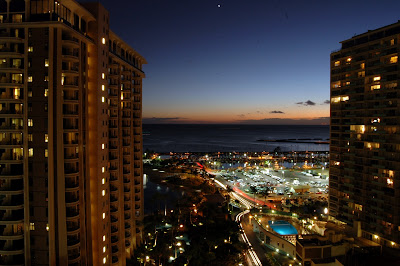 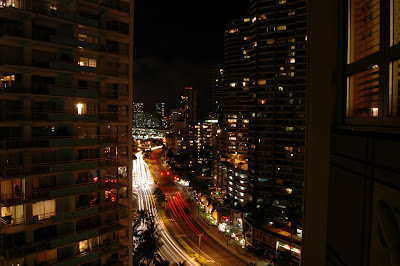 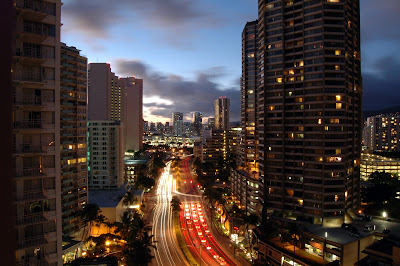